What I have Learnt 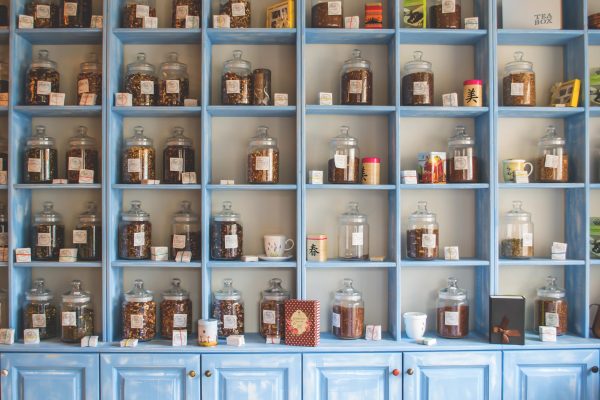 In the first of our guest blogs, Cameron Donnelly reflects on his work experience stint at Honeycomb HQ

Hello all, my name is Cameron Donnelly. After spending my half-term holiday at Honeycomb working under the great Bethan Blakeley, we thought it’d be apt for me to put together a little memoir of my time here at Honeycomb.

My first impression of the office space was a functional yet sleek area for plenty of work and productivity to occur. How wrong I was.

The week began with a team meeting with Honeycomb and its sister company Mustard, discussing the platefuls of work that each person had to chow down on throughout the coming months. After that, I was given a quick brief from Bethan, then it was out of the gates and off we went (as much as I disapprove of dog racing). Excel was my first port of call for some ‘Exploratory Data Analysis’ in which Bethan summarised a brief masterclass of ‘PivotTables 101’ for me, proving invaluable when it came to applicability in the majority of analysis.

Now, not only was I thrown headfirst into the world of data analysis, I was also exposed to the vast and previously undiscovered world of tea varieties. I felt like I’d just discovered the New World, minus the raping, pillaging and general racism. God these people drink a lot of tea. Thankfully, I successfully dodged the bullet on partaking in tea rounds throughout the week, but managed to stay extremely hydrated at the same time.

Following a successful first day at the office, it was time to leave. I began to walk out the door, my train was in 15 minutes, an increased pace was required. How naïve I was to think that after a day of sitting at a desk my legs would be unaffected. Surely it wasn’t that bad? No, they’d atrophied.

Next day, and I felt like I was beginning to fully integrate into office life. A few meetings here and there kept things interesting. After being here long enough to overhear plenty of office conversations, like Descartes I felt I’d come to a revolutionary conclusion, adults are just large children. There I was thinking these functioning human beings had left their childish past to perish on the fields of innocence, but no. Talks of ‘High School Musical’ being a classic, MSN, ‘Habbo Hotel’, and most pertinent to me, ‘Club Penguin’ (God rest its soul) were not uncommon in the working environment, even the cleaner partook at times. Maybe this place isn’t as different as the corridors I’d only recently parted with, I pondered.

Day three was upon us, and by this time I’d had enough of the trains already. Unreliable, dirty and pathetic are only a few words that spring to mind. But, the pleasure of being in such a positive and encouraging space as Honeycomb was enough to distract from the state of British transport. Well that, and Jean Baudrillard’s ‘Simulacra and Simulation’ which I read in parallel to my time at Honeycomb.

More meetings followed, in a variety of dynamic and conducive to work surroundings, each more aesthetically pleasing than the last. Then, I received the most important email of my life. Titled ‘FOOOOOOD’, I knew there’d be high steaks (excuse the pun) for this. After landing on ‘Almost Famous’, situated at the Great Northern Warehouse, as an accepted place with vegan options (I know, sue me). The meal was a lovely opportunity to meet the real people behind the screens and, (even better) was paid for!

Returning to the office after undertaking the mammoth task of an indulgent meal, the office was hit hard. Turns out a belly full of food is not actually the equivalent of restocking a furnace, it’s more throwing a mixture of concrete, water and plastic into a furnace, it didn’t end well. Despite all now being mothers and fathers of food babies, the office coped well with the vast intake and powered through the next meeting discussing segmentation. Speaking of which, I virtually doubled, maybe even tripled my knowledge on the subject since segmentations appear to be Honeycomb’s bread and butter.

On my next venture as a temporary employee, I witnessed some qualitative research. Up until this point I had simply dealt with cold, hard data – quantitative stuff. But now it was time to witness a focus group. Lights off, food out and pens in hand. It began. I found this insight into the wider variety of work that Honeycomb undertakes to be extremely beneficial, and words cannot express how grateful I am for that. My horizons were most definitely broadened by this.

Working here for a week not only confirmed the age-old saying of, “Do what you love and you’ll never work a day in your life” since each employee is a shining reflection of this, but it also taught me that there is an achievable middle ground of working and living. Not just living in the sense of getting by, earning money, but living as in enjoying life and not wasting 40 hours a week on someone else’s goals.

To summarize, I don’t know anyone who wouldn’t be enticed by Honeycomb and Mustard’s working environment, positive, warm and modern. I don’t think I’ll ever forget this week, it has truly shaped me. So, thank you to Honeycomb, Bethan and everyone I had the pleasure of encountering during this wonderful week.