Bethan Blakeley answers that all-important question – which Christmas chocolates are the nation’s favourites?

We discuss a lot of important things at Honeycomb HQ. Big data, world issues, ethics… and which Christmas chocolates are the best. All the things that keep you up at night. Turns out, as a team, we have fairly similar views on many of these topics – except the most important one. If a box of Quality Street is opened, which goes first? Are Quality Street’s self-proclaimed “favourites” really the best? And which are the chocolates that are only eaten at the very end, once desperation hits? Are Celebrations Bountys really as bad as everyone makes out?

I don’t know if you’ve caught onto this, but we, as a team, could be described as a bit on the geeky side. We decided we’d bickered about this enough (and even involved the Quality Street team on Twitter) and, one way or another, had to find some evidence. Yes, we could just ask the office. We could’ve got clever about it, increased our sample size, and asked the general public. In fact, what we decided to do was run a Max Diff exercise with a representative sample of the population.

Max Diff, for those of you that don’t know, is a statistical trade-off technique where research participants are asked to choose the best and worst from a selection of features (in this case, chocolates). The statistical design in the background is then able to attribute a preference score to each feature – i.e. we will be able to measure exactly how much better Strawberry Crèmes are to Toffee Pennies, or how much worse Snickers are in comparison to Milky Ways (spoiler alert: that is just my personal opinion). 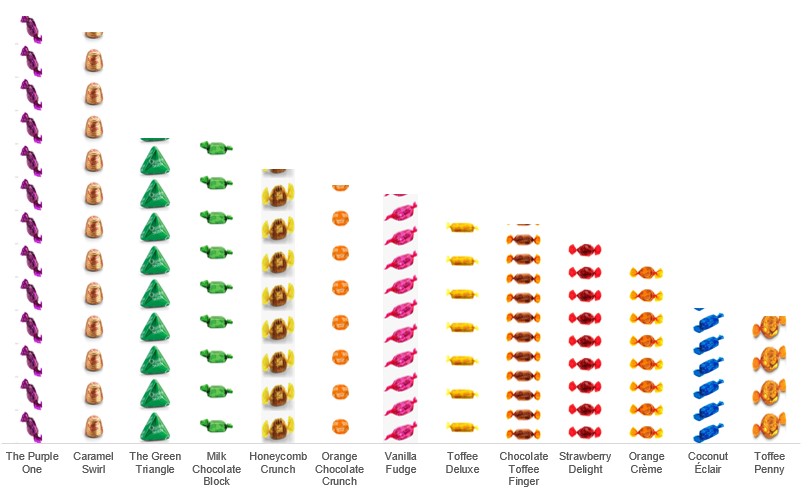 Time to get to the crunch (see what I did there?). Where Quality Street is concerned, turns out the favourite is the (in my humble opinion, seriously overrated) Purple One, closely followed by the (average at best) Caramel Swirl. No surprises for guessing the bottom two – the Toffee Penny and the Coconut Éclair (which are both, quite frankly, a waste of time). 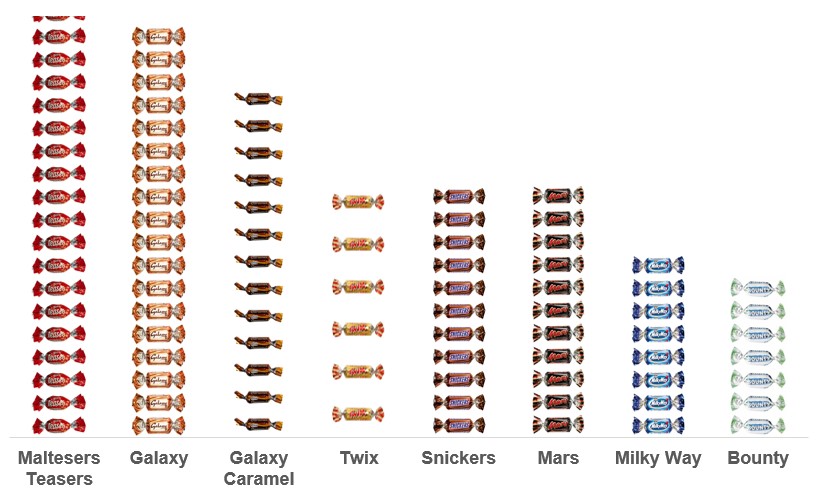 Let’s move on to Celebrations, where the results are less of a shambles (again, my opinion, and my opinion only). Maltesers and Galaxy come in as clear winners, and (nobody will be shocked to hear) Bounty comes in at the bottom.

There are some sub-group differences here though, with the younger ones placing Milky Way above Mars and Snickers (as it should be), whereas the older generations would prefer a Bounty over a Milky Way. Let’s just let that sink in. Let the disgust hit you. Who would actively choose a Bounty over a Milky Way? These people seriously need to take a long hard look at themselves.

There you have it. Honeycomb HQ can finally stop arguing over chocolate, I can finally stop buying chocolate under the pretence of research (I’ll need to find another excuse), and we can all change our tactics this Christmas when the tubs come out. At least we can all agree on one thing – leave the Bountys to your grandparents.

PS If you’d like to chat about Max Diff, just get in touch. I promise I’m usually a lot less biased when it comes to delivering insights – unless it involves telling the world I was wrong about the popularity of the strawberry and orange Quality Streets. That still hurts.