Knife crime: Is it really a police numbers problem? 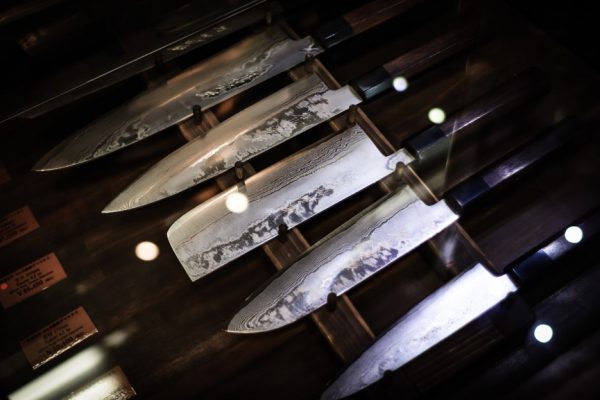 Andrew Wiseman looks at the issues in accurately attributing the increase in knife crime.

Knife crime has been put under an increasingly intense media spotlight during 2019, and rightly so. In London alone, murders as a result of knife wounds already exceed 20 this year, whilst data from the Home Office recorded almost 40,000 knife crime incidents in England and Wales last year (these figures exclude Greater Manchester due to data recording issues).

Much of the blame for this increase in knife-related crime has been placed at the doorstep of the government, with police cutbacks at the centre of both media and political agendas. Some have gone as far as claiming a clear correlation between the falling numbers of police officers and the increasing frequency of knife crime. Conversely, outgoing Prime Minister Theresa May, stated there was no direct correlation between levels of knife crime and police cuts.

Now, here at Honeycomb HQ, we understand that Mrs May has had her hands full with other things – like trying to force through a doomed Brexit plan and hanging on to her job (ultimately in vain) as PM. That said, can her claims actually be true? Is there really no link between the two-thirds increase in knife crime since 2014 and a 20,000 police officer cut between 2010 and 2018?

The first issue in understanding whether a link exists comes with the scarcity of publicly available data. Annual data for police officer numbers and knife crime, split by England and Wales police force, is only accessible from 2011. This gives us just eight observations with which to conduct meaningful analysis, way below the generally accepted minimums of thirty observations. Of course, this doesn’t mean correlation analysis holds no merit, it just means that it’s open to much more scrutiny given the lack of data. And that’s without even thinking about causation.

If we accept the limitations of the data we have and at the correlations that do exist, we find that, at an overall England and Wales level, a moderate negative correlation of -0.3 between the number of officers and levels of knife crime between 2011 and 2018. This suggests there might be some directional link between the two.

Beneath the headline, however, there are a number of interesting subplots. When we look at the Metropolitan Police area, there is almost no correlation (0.07) between levels of crime and the number of officers – backing up Mrs May’s claims of no evident link. Contrast this with a number of other areas in England and Wales, from Cleveland to Hampshire, from Merseyside to East Yorkshire, and we see especially strong directional links (-0.6 to -0.9) between knife crime and police numbers. So, what are we to believe?

Without doubt, there’s a clear upward trend in knife crime, particularly since 2014. It’s also clear that police number have fallen over the same time period. Whilst there appears to be at least some link based on rudimentary analysis, there’s actually a greater need to add further context to the data to really understand the real reasons for this increase. Can we make a case for the decrease in police ‘stop and search’ activity in the last decade, where one million fewer searches were carried out last year than a decade ago? Is there something in the seven percent rise in drug crimes recorded in 2018 versus 2017? What is the influence on knife culture on so-called ‘drill videos’, where gangs brag about the crimes they’ve committed, and are viewed by upwards of 300,000 people in some cases?

Suffice to say, the issue isn’t as black and white as one thing (police numbers) being linked to another (knife crime). Whilst it appears that there is at least some directional link between the two, we need to conduct further analysis of other potential causes of the increase before drawing any firm conclusions.